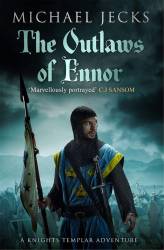 On their return home from their pilgrimage, Baldwin and Simon's ship is attacked off the coast of the Scilly Isles by pirates and storms and Simon looks on in horror as Baldwin is swept overboard.

Washed ashore on the tiny island of Ennor, Simon is distraught to think that his closest friend is dead, but he has to put aside his grief when the master of the castle, Ranulph de Blancminster, orders him to investigate the murder of the island's tax gatherer. Ranulph is convinced that one of the the lawless inhabitants of the neighbouring island of St Nicholas is the culprit and prepares to attack.

Meanwhile Baldwin himself has been washed up on St Nicholas and is nursed back to health by the beautiful Tedia. He uncovers a different picture of the island as he too begins to investigate the murder. Although there are plenty of suspects, Baldwin finds it impossible to penetrate the tight network of secrets and loyalties that bind the villagers in this isolated community.

As Baldwin and Simon's parallel investigations bring them closer to the truth, they become embroiled in the bitter rivalry between the two island communities. Can they uncover the truth in time to prevent a massacre?

"The isolated community of Ennor is a fascinating change - it changes motivations away from what you might expect from normal behaviour as the sense of protecting the community comes to the fore. Of course whether that means protecting it from pirates, from corrupt lords or simply from wanton behaviour is up to the individual..." 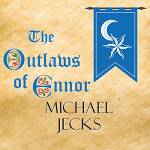 The Outlaws of Ennor was first published in 2004. The original hardback edition is now out of print. It is available: