The last month has been busy again. Doesn't seem to matter how many books you publish, there are always another set of things to get on with! 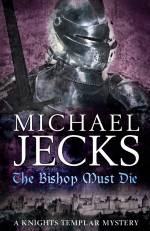 I've already told you all about the move from Headline to Simon & Schuster. Now, for some readers there is a shot of not-so-good news. Since my move, Headline have decided to move publication of the paperback of The Bishop Must Die from May all the way back to July 2010. This is annoying, I know - but their schedules are already changed, and there's nothing to be done to bring it forward, I'm afraid. 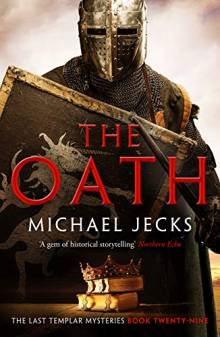 On a positive note, book 29, The Oath, which is to be Simon & Schuster's first book in the continuing series, will be published in May. So for those of you who like hardbacks and trade paperbacks (you know - the big ones!), the next in the series will be out on time for you.

More important for all of us is the fact that the series is continuing, of course. And I have had a brilliant time this week in meetings with Simon & Schuster. Although Ally Glynn is terrifying, from the sound of all the work she wants from me! Ally is the Web Manager, and she has fried my brains with ingenious ways of getting news out into the world beyond Dartmoor. I had thought that a carrier pigeon would work, but apparently not.

Actually, many years ago, when I was a callow youth selling computers for Wang Labs, I had one of the very best managers a guy could work for. Out of my three favourite, professional, competent managers, he was the only bloke, and a great manager. An ex-RAF officer, he looked upon himself as a filter for the BS (sorry, ladies) that generally floats around any large organisation. He thought that the salesmen were out performing important jobs, and he sought always to take any criticisms or suggestions from his team and pass them upwards, while also trying to eradicate any non-motivational comments that were passed downwards from more senior management. It was to his credit that he avoided a heart attack in his time there!

Once, though, he decided to help at his golf club by removing the menace of additional holes. He bought a gun to destroy the burgeoning rabbit population. That was fine, but one day, while out shooting, he saw a tremendous flock of pigeons. Being a keen amateur cook, he let fly. Luckily, these pigeons were not as wary as others, and seemed to pay little heed to the gunshots around them. Perhaps they knew my friend was RAF and therefore as unlikely to hit something in the air as once he had been to accurately bomb targets on the ground - but for whatever the reason, he ended up with five birds for his pot. He was happy until he saw the little racing pigeons' leg tags!

So perhaps carrier pigeons aren't such a good idea - Bernard Knight or Susanna Gregory could take it into their heads to remove the competition's comments.

Anyway, I was enormously impressed to meet with Nigel, Ally, Dawn, Gill and Christine. Covering every aspect of publicity, marketing and sales, I ended up with a brain that seemed to have swollen to several times its usual size. Authors really, really like being praised, you know. This one does, anyway. And Rafi even managed to take a decent photo of me. Not a lot of people can do that, you know. 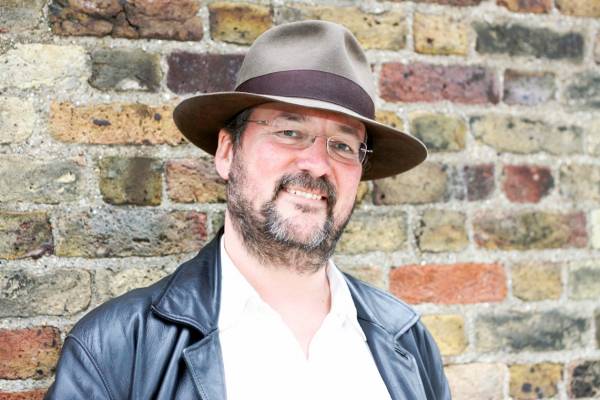 On to meetings with editorial staff, which was also enormously refreshing. You see, as an author, I keep getting new ideas for books. And my editor at Simon & Schuster is very obviously as keen on historical novels as I am. Which gives me a huge, huge feeling of relief. And confidence in the future of the series!

So, hopefully in May you will see the fruits of all this hard labour when The Oath is published.

The book itself is massive. It weighs in at 155,000 words, which is significantly larger than any of my previous works: blame the period, with the invasion of Queen Isabella, the flight of King Edward II, and all the thrilling things that happened before, during and after! Lots of you have been waiting for this little sequence of stories, I know. Bloodthirsty lot. Still, it was fun AND exciting to write, so I hope it reads as well as it felt when I wrote it.

There isn't much alternative news, unfortunately. I've spent much of the last months working on book 29, and more recently book 30. However, there are a couple of things happening.

As I've mentioned in other newsletters, Conway Stewart, the luxury pen maker, have asked me to collaborate with them on a limited edition pen that they will sell in my name.

It is a strange idea, but one that I hope will appeal to people. I've selected a model of pen (it is their Winston style), and selected a resin to make it from: Dartmoor. This is a glorious colour: very dark, but with golden and brown flecks inside it, which catch the light differently depending on its angle. It should be a really beautiful tool. With it, in a special presentation box, there will be a limited edition short story to go with it, and a bottle of my favourite colour ink. There was to have been a notepad - a lovely, leather bound pad from Rhodia, their ePure soft journal - but they have stopped making the darned things, irritatingly! Anyway, I hope to have more news on that later.

The other thing that's big and looming on my personal horizon is the idea of another walk. This time I intend covering the south of the moors in a lot more detail over four or five nights with my brother (if he can cope!). It'll be a really good experience to get to the warmer part of the moors, and hopefully it'll help to give me more ideas about where the books could go. And because I have some new ideas for stories to try out, this could be an excellent start point for them!

There are some events coming up. For those who want to see me in Caerphilly, or at Newport, please look at the Events page for upcoming events. I'm trying to keep all events up to date this year, although such a simple admin task is still seeming to be beyond me!

As a colleague once said: don't give me details; I'm a concepts man!

And that is, I think, about all for now. I have to get back to book 30, and try to figure out a couple of devious, unpleasant little twists before I can finish the book off. So thanks for your interest, and as always, do please contact me with any questions or comments.

Oh, and finally - if you really have very little to do and too much time on your hands, I have now joined the fully computerised brigade and found myself on Twitter (I'm @michaeljecks). So, if you feel like reading the ramblings of a twit, feel free to look me up!