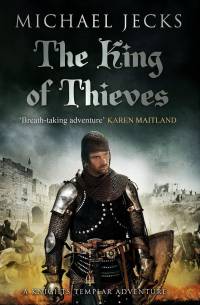 1325: Sir Baldwin de Furnshill and his friend Simon Puttock are sent to France with Bishop Walter II of Exeter to guard the King's son on his journey to the French King, Charles IV. The King's son must pay homage to the powerful monarch if he is to save his father, Edward II, from utter humiliation, and enable the English to keep hold of vital territory in France.

They are unaware that King Edward's wife, Queen Isabella, has grown so disaffected that she has begun to plot her revenge. And one of the people she blames for her troubles is the Bishop of Exeter. Baldwin has never sought high office, yet somehow he finds himself in a foreign land, trying to balance the demands made on him by the Queen, the heir to the throne - now emerging as a power in his own right - and his old friend. Can he trust any of them? Soon it becomes clear that the English party have enemies within the palace walls.

Meanwhile, a husband and wife are murdered, he in the Louvre palace itself, she in an alley near the Grand Châtelet, to the perplexity of the long-suffering Procureur of Paris. Can there be some connection between these two strange deaths and the shadowy 'King' of the Parisian underworld?

It isn't long before Simon and Baldwin discover that the future of the English crown itself is at risk, but to protect it they must uncover a guilty secret from the beginning of the century. Baldwin is not the only one whose past casts a shadow over the present.

"A truly outstanding novel, a perfect marriage of history and mystery." 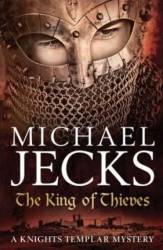 Read an extract from The King of Thieves, to see how Baldwin and Simon adapt to dealing with royalty!

The Kindle edition of The King of Thieves is now available for download.

King of Thieves is also available in audio, read by Michael Tudor Barnes; order it direct from the publisher in a choice of formats, from a bookshop (ISBN 978-1-4079-0915-8), or download from Audible.

"Stirring intrigue and a compelling cast of characters will continue to draw accolades..."