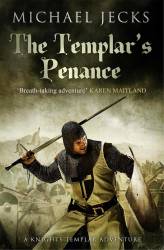 It is the summer of 1323, and Baldwin Furnshill and Bailiff Simon Puttock have been granted leave to go on pilgrimage, both seeking solace after the recent, traumatic events in Gidleigh. Together they travel across Europe to Santiago de Compostela but, as usual, danger is never far away.

Foreign travel is perilous - outlaws and robbers threaten at all times, not to mention the risks from political unrest and a recent spate of attacks on pilgrims. But it seems an even greater menace hangs over the sacred city of Santiago. A beautiful young girl is found raped and murdered on a hillside, her poor, broken body leaving no doubt that she is the victim of the most brutal of killers.

Among the first to arrive at the scene, Baldwin and Simon lend their investigative skills to the ensuing enquiry, headed by the local pesquisidore, Munio. With so many keen minds on the case, it can only be a matter of time before the culprit is found. But they are reckoning without the unexpected appearance of a face from Baldwin's past - a face which looks set to threaten both the investigation and, it seems increasingly likely, Baldwin's very future. 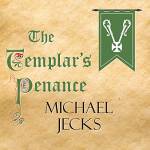 The Templar's Penance is available: