The Mad Monk of Gidleigh 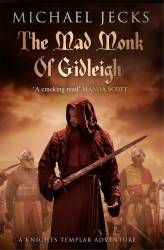 As the winter of 1323 descends on Dartmoor, life has never seemed so bleak to the young priest in his isolated, windswept chapel. It is a far cry from the cathedral cities of Europe of which he had dreamed as a novice. So who could blame him for accepting some longed-for human contact and companionship when it is offered by the local miller's daughter, Mary?

But when Mary and the unborn child she carried are found brutally murdered, it is obvious where the villagers will point the finger of blame. The motive is clear - another few months and Father Mark's sin would have been evident for all to see, his life as a priest - however lowly - irrevocably ruined. And when he flees his home and the vill of Gidleigh, it seems to confirm his guilt.

But investigators Baldwin Furnshill, Keeper of the King's Peace, and Bailiff Simon Puttock soon begin to have their doubts. It becomes clear that Mary was far from the simple vill girl she seemed. What exactly was her relationship with the Squire of Gidleigh, Sir Ralph, who is uncharacteristically grief-stricken at her death? Whatever it was, could it be that he himself was responsible for her death? Or perhaps Osbert, the mill-hand whose love she rejected time and again, could withstand his torment no longer? In their search for the truth, Baldwin and Simon unwittingly put themselves in the greatest danger they have ever faced, and by the time the investigation is over, life for themselves and their families will never be the same again ...

"Surely it's time that you checked this series out." 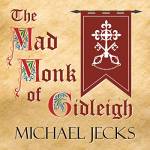 The Mad Monk of Gidleigh is available in a Sounding audio edition, read by Mark Elstob: order a copy direct from the publisher, or download it from Audible.

It has previously been published in hardback and large print editions.